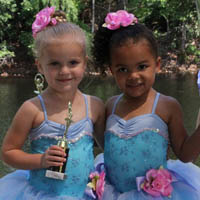 The morning after Beth & Josh’s wedding, we hopped on a plane and headed back to Jax – there was no way I was going to miss my girls first dance recital! 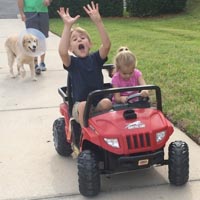 It’s been a little over two weeks since my last post about what we’re up to, so I figured we’re due!

1.  Garth Brooks is coming to Jacksonville and I got tickets to see him!!  Floor seats!!  After how quickly his shows in Chicago and Atlanta sold out, I was paranoid about not being able to get tickets, especially since I was trying to get six together.  I got really lucky though thanks to a tip from my cousin, Amanda!  I seriously cannot wait – I was a little bit obsessed with him when I was younger (*NSYNC and Backstreet Boys had nothing on him in my teenage mind!) but the last time he was here in concert was 17 years ago and my parents thought I was too young to go (I was 15).